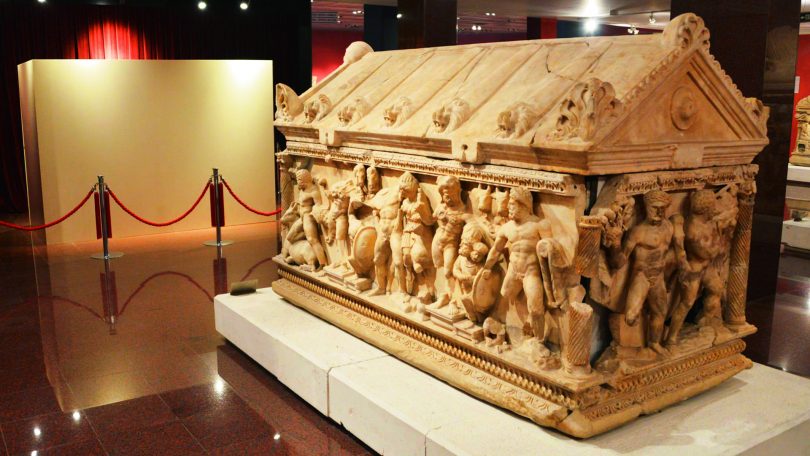 Discovered in illegal excavations in Antalya nearly 50 years ago and smuggled out of the country, Hercules Sarcophagus returned to Turkey in recent days.

Hercules Sarcophagus discovered in illegal excavations in Perge ancient city in Aksu district of Antalya in the 1960s and then smuggled out of the country, was found at Geneva Customs in 2010. Hercules Sarcophagus brought to Turkey from Switzerland at the end of the efforts of Ministry of Culture and Tourism, was exhibited at University of Geneva for three months.

Speaking at the unveiling ceremony of Hercules Sarcophagus at Antalya Museum, Ministry of Culture and Tourism Numan Kurtulmuş said, “Hercules is one of the thousands or maybe more artifacts smuggled out of Turkey some way in 1960s from Perge historical sites. Unfortunately, over the years, you can also ask, ‘Where did these artifacts exhibited in the West come from?’ Probably a few were brought legally. A substantial part was smuggled illegally.”