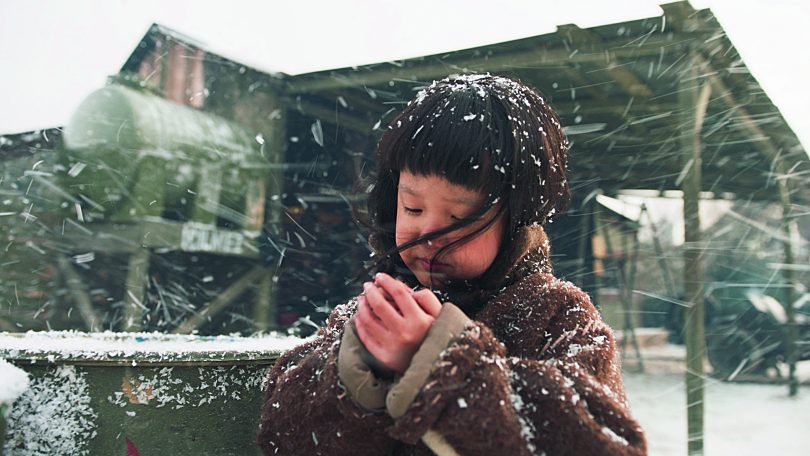 On Ayla with Mustafa Uslu, the producer of the film Ayla which will represent Turkey in the Oscars…

We can say that living history is adapted to cinema. How did your path cross with this story and how did you decide to make this film?

The life of petty officer Süleyman Dilbirliği was made into a documentary in 2010. Süleyman Dilbirliği found a little girl on the battlefield on a cold winter day 60 years ago and saved her from death. For 15 months he was with little Ayla, he looked after as his own and protected her. He taught her Turkish and gave her a happy life. When he was returning from Korea, he could not bring Ayla with him because laws of the country did not allow it, and they were separated. Later Uncle Süleyman sought for Ayla for years; but he could not find her. This documentary depicts what they went through in Korea and how they reunited 60 years later. Those who like to watch this document can also find it on Youtube. The moment I heard it, this sad separation and later their reunion deeply moved me. And when I watched the documentary, I wanted to make a film and express the compassion, loyalty, fidelity and kindness of Turks to the whole world through Uncle Süleyman. What happened should not be forgotten and told again and again.

Turkey is in the Oscars with a real life story for the first time in its history. Could you tell us about the story of the film Ayla that depicts a both sad and heart-warming real story?

One of the thousands of soldiers who fought in the Korean War, Petty Officer Süleyman Dilbirliği is now 90 years old. He was a 25 years old young man at the time. He found a little girl holding the hand of her dead mother in the battlefield and brought her to the headquarters. He named her Ayla. It was not just Uncle Süleyman, but the entire Turkish army looked after her. Ayla was with them for 15 months. When it was time to return to Turkey, it was a painful separation; can a person leave his / her child? Uncle Süleyman never forgot Ayla, he looked for her for years; but he could not find her given the circumstances back then.

You say that “We began making the film aiming for the Oscars. I even had a dream about it. We worked accordingly and heroism was not in the foreground.” Can you elaborate?

When this film was at the idea stage, before the script was written, even before the actors were cast, I had faith that we would make it to as far as the Oscars… I had the idea of making the film; but there was nothing to show. Because what Uncle Süleyman and little Ayla went through, were not merely an issue between Turks and Koreans. It is an issue for everyone in the world, who are human beings with hearts. There is a motherless and fatherless child and a man who protected and looked after her, who adopted her as she was his own, presented her with a fairy tale world, and made her forget her pain. No one, including the Oscar committee, can remain indifferent. This is a true story… And it is not fiction, everything we depict in the film is real. I also had a dream, and now I have more faith that I will bring an Oscar to my country.

In a statement, you said “That statuette will come here,” referring to the Oscar. You undertook the production of the film to represent Turkey in the Oscars. How does this make you feel?

For me, representing our country Turkey in the Academy Awards that is the Oscars in the “Best Foreign Film” category is an indescribable source of joy and pride. Ayla is thrilling but as a producer, I must say that it was a difficult project. Because we had to stick to the real life story. Besides the experiences of film’s protagonist Uncle Süleyman such as battle and sudden attacks were difficult to film in terms of production and we shot scenes never done before in Turkish cinema. We were dedicated, we had confidence and we thought we could accomplish this… And I hope we have.

Are there aspects which make you think you can win an Oscar?

First of all, Ayla is a true story. Secondly, the heroes are still alive and Ayla is a story of love in the war environment. And unfortunately today, war victim children are still on entire world’s agenda. Those children do not have mothers, fathers, not even names. Ayla is just one of these children…

Although Ayla is a war film, you describe it as a “film about love, not war”. What would you like to say about this?

Our film takes place in the Korean War, Turkish people were martyred in this war… We focused on a story of affection, a father-daughter story which blossomed in the  painful war environment. Yes, the events took place on the battlefield, there are tanks, rifles, battles; but we depict the love between a father and a daughter.

Could you summarize the process from the film’s scriptwriter to casting, from filming techniques used to songs selected? Did you face any difficulties particularly when filming the scenes with the child actress Kim Seol?

There are 32 local and foreign actors who starred in the film putting their egos aside. 12 of them are leading actors and actresses. The story is so strong, beautiful and innocent that all actors put their hearts to it. Everybody believed in this film and here is the result. We worked for 6,5 months, accomplishing things never done in Turkish cinema before and our budget was 21 billion Lira. Our film was directed by Can Ulkay. Ulkay directed a feature-length film for the first time and the result is a film worthy of the Oscars. Film’s songs were composed by the master musician Fahir Atakoğlu which touch souls… Jean Paul Seresin is the director of photography who made special films in Turkish and world cinema. Yiğit Güralp wrote the screenplay based on true events. As for Kim Seol… We watched videos of nearly 60 children before her. But when we saw Kim’s video, we immediately knew that we found Ayla we were looking for. She is such an easy-going, smart, clever and talented actress… Although she does not know a single word of Turkish, she performed with great success together with her acting coach.

Undoubtedly, prominent names came together in this film and gave life to Ayla. What was the involvement of the real hero of this story, Süleyman Dilbirliği in this film?

He was involved in every aspect… From the moment we decided to make the film, we were with Uncle Süleyman, listening to his memoirs; we filmed his memories benefiting from more than 400 photographs he took during the Korean War. Our director and İsmail Hacıoğlu who plays Uncle Süleyman, spent time with him and got to know him better. He and Ayla also visited the film set. After we completed the film, Uncle Süleyman watched it and he could not help but cry as we all did. We are overjoyed and proud…