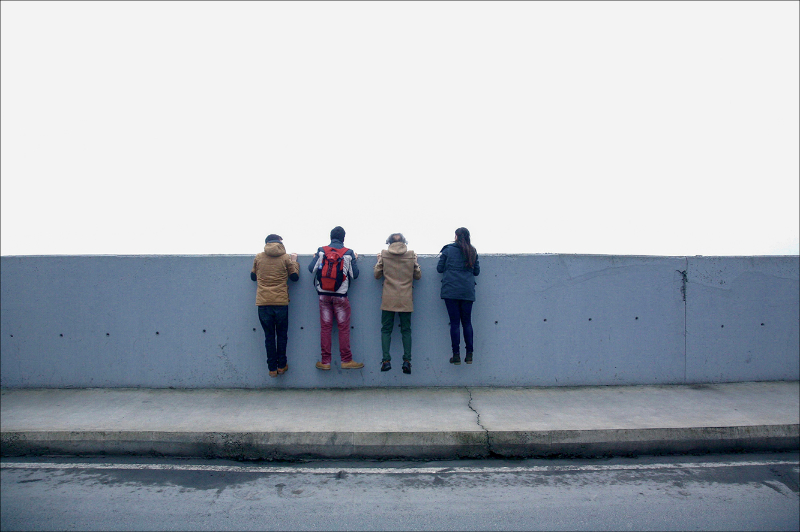 In the exhibition titled Beni Bul (Find Me) which brings the artist and their object together in the same frame, features works where artists interpret their views and perceptions of the world through photography.

In the exhibition titled Beni Bul (Find Me) which brings the artist and their object together in the same frame, features works where artists interpret their views and perceptions of the world through photography.

Auto-portrait is often defined in fine arts and photography, as a sub-branch of portrait like landscapes, and still life photographs. The view here between the pose and the artist portraying it, is  from one point. Artists, who cannot see themselves through other eyes, work to complete it by amplifying their presence. Unlike their previous works, artists know where to stop that is when to make the final brushstroke.

Self-portrait is the act of “being on one’s own” depicted by the artist in the painting. In this case, the artist does not have any of the advantages provided by painting a model. The artist is forced to interpret the existing space alone. Artists who  have revealed their art through objects outside themselves until then, now embark on a journey to make new discoveries through their own face and bodies. This is not so different for photographers who take self-portraits. The protagonist, who will transform from the photographer into a model in this process, will work to get the best results within the limits of their own image this time.

Contemporary artists today indulge in pointing their lenses at themselves and becoming the star of their performances. Self-portraits are often portraits of a part of the body, mainly the face, reflections on different materials, traces left behind, and shadow of the artist. The expression displays one of the infinite possibilities of the face since each mimic corresponds to a psychological state. The viewer also determines own position before the work according to the style in which the photographer reflects himself or herself.

What matters in art is survival. All artworks mentioned in the art history, are the ones that have survived to this day by overcoming numerous obstacles. Sometimes it does not suffice for an artist to perform own art through objects as an observer. Even if the artist is an admired figure who has produced a large number of artworks, he or she would also like to leave behind own image alongside a name.

The most important characteristic of our time, is the technology living its golden age. Taking high-quality photographs and image transmission have been the primary function of all mobile devices, specifically the mobile phones. With the availability of advanced digital cameras and mobile devices that largely meet the needs of everyday life, people have increasingly pointed the lens on themselves. In this way, people who face themselves through “selfies” have entered a competition to find the ideal angle to photograph themselves.

This exhibition, that brings together the artist with its object in the same frame, features the works of artists with distinct photographic tendencies and approaches. These artists point their cameras to their inner world through their bodies and faces, and question their views and perceptions of the world through philosophy, psychology, sociology and art, and the works are featured in the exhibition under the title Find Me.

“Artist produces works at the intersection between the life and self. Taking self-portraits is in fact the artist playing with his or her own ego. The person that poses and photographs, meet at the same point and then separate. The only proof that remains is the work. Roland Barthes construes portrait photography as an ‘isolated space of forces’ in his book Camera Lucida, a masterpiece in photography, and successfully summarizes the relationship between the photographer and the model. It is a fact that when artists point the camera at themselves, this incites narcissism and boosts their ego. At this point, model and photographer resemble two competitors in a duel. At the same time, a  great and long history of art are right by their side as a judge. In summary, the exhibition Find Me is a visual story of artists’ search for and discover of self through the art of photography.

Find Me Modern Touches to Self-portrait