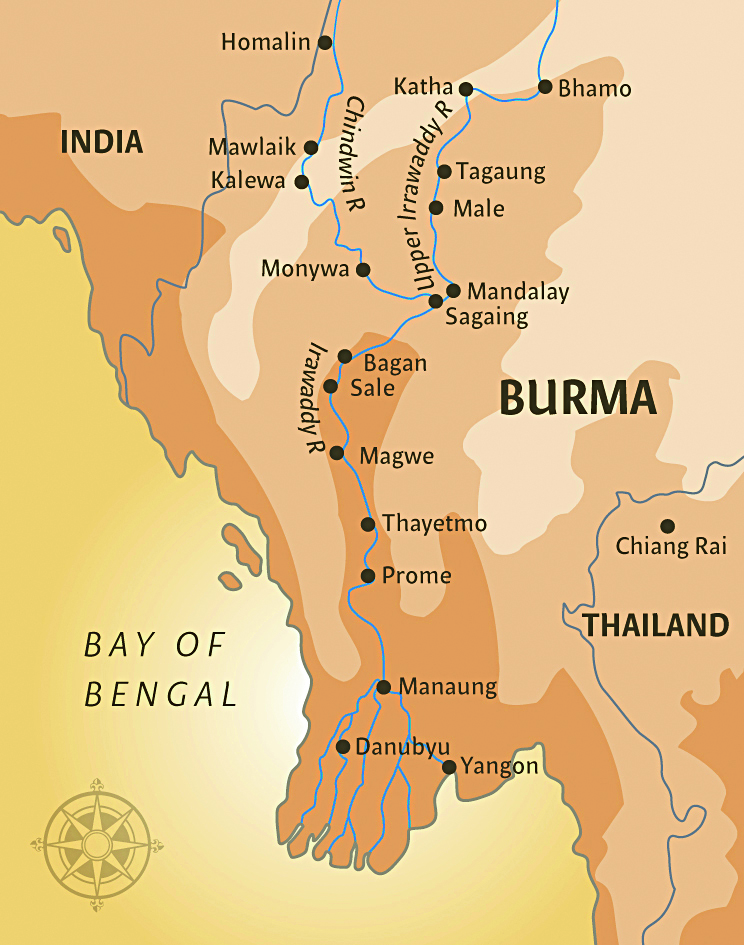 In 1912 during the Balkan Wars, Muslims in Myanmar raised money like other Muslims all around the world, and helped the Ottoman army.

The Ottoman Empire was one of the most important states in the world even when it seemed weak,  as an umbrella of all Muslims around the world. Muslims from Africa to Asia had their eyes and ears on the centre of caliphate that was Istanbul. Asian Muslims, especially Muslims in India, closely followed the Ottoman Empire because it was the centre of the caliphate. Muslims across the world from Madagascar to Myanmar, had established relations with the caliphate. In 1870, the Grand vizier of the Ava sultan in Burma (Myanmar) sent a letter to establish contact with Ottoman administration.

During Abdulhamid II period, the sultan was popular among the Indian, Chinese and Myanmar Muslims as a result of Ottoman efforts in Asia. When Turkish-Greek War broke out in 1897, Muslims in Asia raised money to send to Turkey. The war ended shortly after, and the Ottoman were victorious.

From the second half of the 19th century, railways were constructed in the Ottoman Empire however a large part was built by capital from Europe. The Hejaz Railway which would make the holy pilgrimage to Mecca easier, was built with the help of Muslims all over the world. Donations were primarily from India, Egypt, Russia and Morocco, as well as Indonesia, Singapore, South Africa, Tunisia, Algeria, the United Kingdom and the United States of America. Myanmar Muslims were also among those who made donations to Hejaz Railway. Ottoman administration thanked those who extended a helping hand from Myanmar, by sending them Hejaz Railway Medals.

HELP SENT DURING THE BALKAN WAR

Sultan Mehmet Reşat’s ascension to the throne, who ruled after Abdulhamid II was dethroned, was congratulated also by Muslims in Myanmar with a telegram as Muslims from all over the world.

In 1911, Muslims around the world sent aid after the Italians conquered Libya, and Italy was protested in various countries. During the Balkan Wars in 1912, Muslims in India, China, Singapore and Myanmar sent financial aid, and medical teams were also formed and sent to Turkey.

At that time Myanmar’s official name was Burma.  Muslims in Burma raised money, and sent to Turkey through Embassies, Ottoman bank and European banks. For instance, Ibrahim Ali Molla and Abdurrahman Effendi delivered 800 English liras they had collected to the honorary Ottoman Consulate in Rangoon. Again as war relief, Burmese Red Crescent members Ibrahim Ali Molla, Abdurrahman Efendi and Cemal Effendi sent 3000 English liras they had raised. Next to Rangoon, Muslims from Mandalay which was an important city in Burma, also collected money and sent it to the Ottoman Empire. Muslims in the Moulmein city also extended a helping hand. Burmese Muslims were poor and were a minority in the country but they sent all they had to Turkey regardless.

About 5 percent of the population in Myanmar, is Muslim. 68 percent of Muslims are Indian, and 30 percent are Burmese. 41 percent of Muslims live in Arakan region. The rest live either in coastal or central regions. From 11th century onwards, Islam started to influence the region with arrival of Arab, Persian and Indian Muslim merchants. During the British colonial period, Indian Muslims came from India.

Muslims living in the Arakan region are Rohingya Muslims. They speak a mixture of Bengal, Urdu and Burmese languages. They have survived since Bengal Sultanate in 15th-16th centuries.

After World War II, Arakan Muslims wanted to establish an independent state in the region and clashes began. Thousands of Muslims were either killed or forced to leave their homes. After the operations in 1989 and 1991, 250 thousand Arakan Muslims fled to Bangladesh. In recent years, Muslims are slaughtered in the country.

Myanmar, or Burmese and Burma in the history, is a state on Indochina peninsula. In the region, a kingdom uniting the entire Burma was founded by Anawrahta who ascended the throne in 1044. However, the country was invaded during the reign of Mongolian Khan Kublai.

Following the Mongol invasion, many battles broke out between the peoples of Burma. They fought with China and Siam, but the real threat was to come from Europe. The British who occupied India, faced Burma after the Burmese captured Arakan region. First Anglo-Burmese War was fought between 1824-1826, and Second Anglo-Burmese War in 1852. The Burmese continuously lost ground against England. But England would not stop. The British wanted to make land trade with China, and they attacked Burma once again in 1885. At the end of the battle that lasted a week, Burma became a province of India. But the Burmese opposed to Indian rule which led to insurgency. The British suppressed the revolt in 1890 with massacres and oppression. Burma became independent at last in 1948.

Myanmar was known by the names Burma or Burmese until 1989. In English-speaking countries, it is commonly known as Burma. The country was named Myanmar after May 26th, 1989. The military administration changed the name Burmese (Burma) because that was the name used during the colonial period. Myanmar was a local name dating back to 12th century.

More than 100 languages and dialects are spoken in Myanmar, the largest state in Indochina in south-eastern Asia. The Myanmarese consist of more than 50 ethnic groups. The largest community in the country are the Burmese, with about 70 percent. About 90 percent of the population in Myanmar are Buddhists.