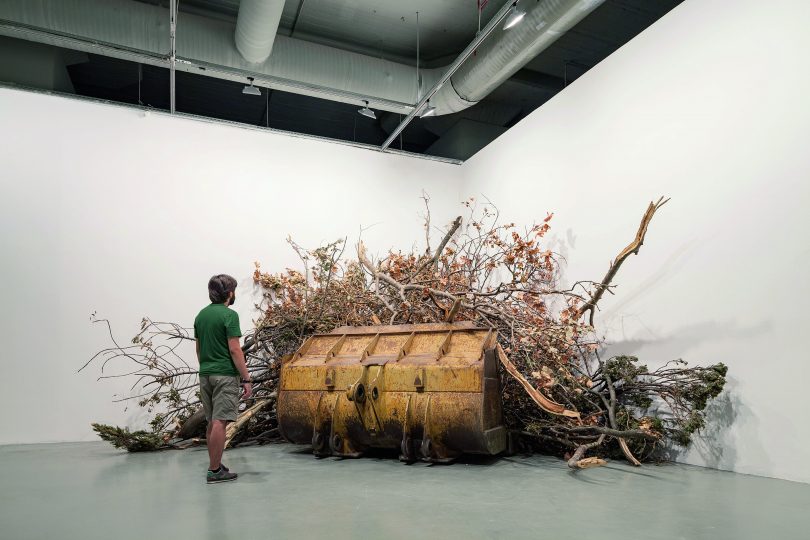 Elmgreen & Dragset Duo were the curators of the Biennial organized by the Istanbul Foundation for Culture and Arts (İKSV). After preparations, they selected the title as “A Good Neighbour” and announced the artists. Their aim is to readdress the concept of “neighbourhood” that is much needed in our time, through art.

Neighbourhood gradually loses significance. People go back and forth between home and work like robots, so to speak. In their free time, they either sit to watch television navigating through hundreds of channels or get lost in an infinite world pointed by their mobile phones and computers. They sink into severe loneliness due to less and less dialogue.

When this is the case in the household, there is naturally a lack of communication between neighbours. In the past, neighbourhood and solidarity it brings along, mattered. When you got sick, you would call your neighbour, and when you made tea, you would call your neighbour. More people cohabit as detached houses have been replaced by flats, building complexes, collective housing however neighbourhood becomes less and less important in social life.

People no longer know the names of their neighbours; when they meet in the mornings or evenings, they formally greet each other. Grocer, butcher, fruit seller trio were the primary locations for socializing in the neighbourhood and people used to go to marketplaces and bazaars; now communication with tradesmen is at minimum, and those good chats have become a thing of the past.

As there are pre-packaged and priced products on market shelves, the customer can finish shopping and reach the counter without saying a single word. Customer purchases the products which have prices on them, throws them in a basket and often leaves the supermarket without saying a single word. Shopping, in summary, evolves into a relation between barcodes and credit cards. Technology is integrated into every aspect of life in the modern world, and there are a number of benefits however there is a price to pay that is isolation and loneliness.

The 15th Istanbul Biennial with “a good neighbour” theme, is an ideal space for rethinking neighbour relations in a variety of contexts and for demonstrating through examples that it can be benefited for artistic purposes.

The works in the Biennial are exhibited in six neighbouring venues at walking distance from each other, such as Galata Private Greek Elementary School, Istanbul Modern, Pera Museum, Ark Culture, Yoğunluk Artists’ Workshop and Küçük Mustafa Paşa Bath. One of the primary features of art events such as biennials, is the relation between works and space and relation with each other.

Although art seems like an individual action, it is almost impossible to refer to a movement as art which can not attract masses in the long term. Audience that supports the production, even small, is required. Art biennials organized in various countries of the world, focus on creating awareness and finding solutions by dealing with a variety of issues spanning from people’s individual problems to migration in the world, from social loneliness to environmental pollution on art platform.

Sponsored by Koç Holding, there are a total of 150 works by 56 artists in the Biennial with a history of 30 years which has been organized since 1987. Istanbul Biennial can be visited between September 16 and November 12, 2017. Instead of a manifesto, exhibition’s curators made an attempt to create a conceptual space by asking 40 questions about neighbourhood:

In fact, it broadens one’s horizons to think about the questions, to give answers and to see how artists interpreted the concept of neighbourhood in biennial venues. Is this not the purpose of art, anyway?